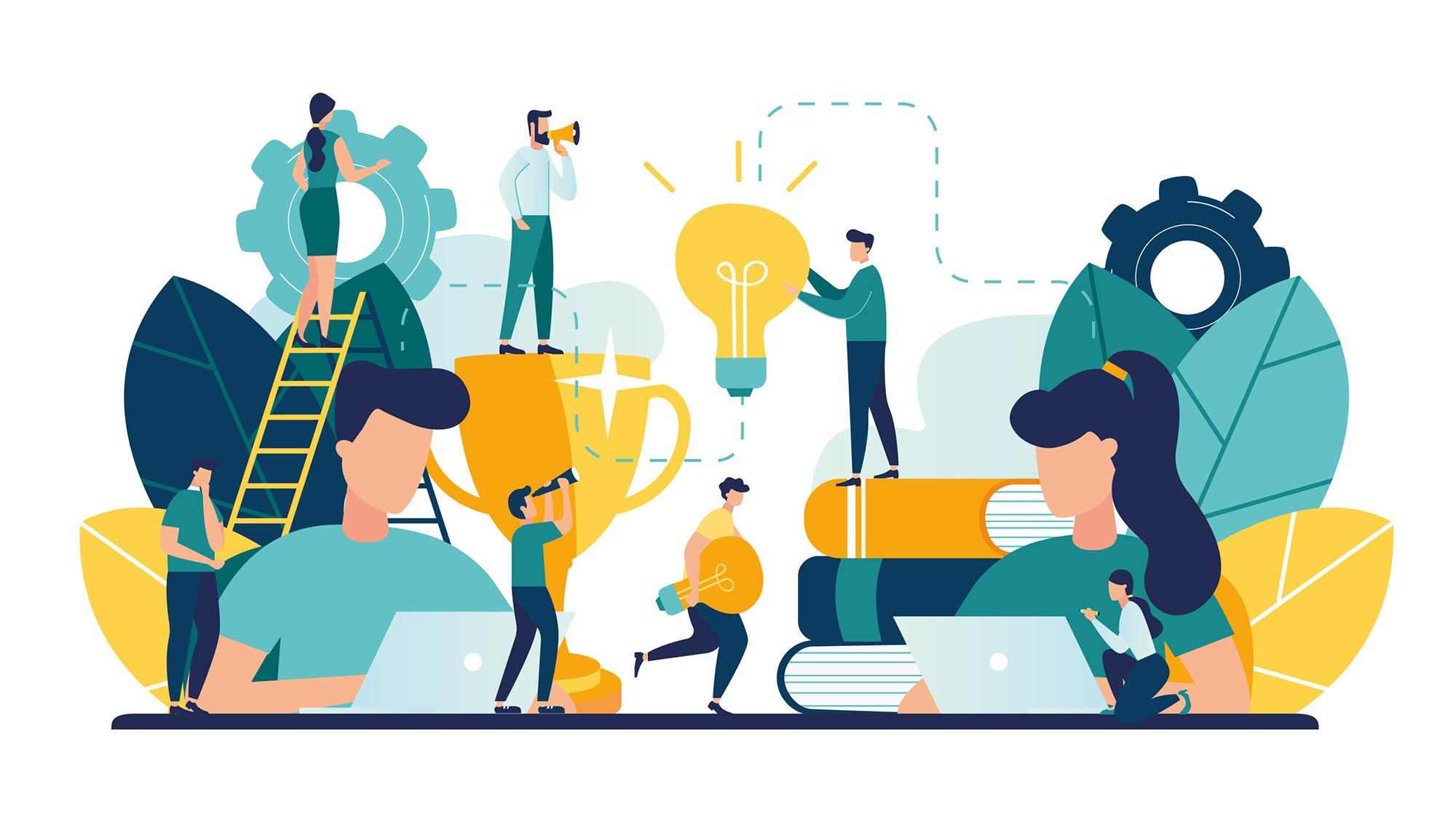 Why you should hire a polymath

Written by: Justin Cooke founder of The Sunlight Experiment

What do Elon Musk, Steve Jobs, and Benjamin Franklin all have in common?

They’re polymaths — people who have a deep level of understanding across a broad range of domains.

This depth of knowledge allowed them to excel in multiple different areas, often becoming serial founders of successful companies.

It’s important to remember that polymaths are everywhere, penetrating every level of the corporate ladder. They’re the glue that holds startups together, and the momentum that keeps large corporations moving forward with unstoppable force.

Here we’ll discuss why you should seek out cross-functional polymaths in your organisation — and why the era of specialisation may be nearing its end.

What is a polymath?

The word is derived from polumathēs —meaning “having learned much” — in early 17th-century Greek.

Renowned author Michael Simmons defines them as “someone who becomes competent in at least three diverse domains and integrates them into a top one-percent skill set”.

Celebrities with multiple job-titles (such as actor-director, singer-songwriter) are often referred to as multi-hyphenates.

They’re the polymaths of Hollywood.

Polymaths are present in every industry. The very definition makes them prevalent in every niche and every circle.

Let’s go over a few examples.

Inventor, entrepreneur, innovator, artist, writer. Throughout his career, he filed 1,093 patents on topics ranging from telecommunication and sound recording to imagery.

Artist, inventor, scientist, architect, philosopher. He created some of the worlds most famous art pieces including the Mona Lisa, The Last Supper, and Virgin on the Rocks. He was the very definition of a “Renaissance man”.

Serial entrepreneur and founder. He’s the first person to launch their own brand of electric car into deep space, and the solution to Los Angeles’ terrible traffic problem. He’s also on the cutting edge of biological neuro-enhancement and artificial intelligence.

In business, polymaths are often referred to as “T-Shaped” — defined as someone with extensive and widespread knowledge on one topic, with a wide variety of both related and unrelated supporting skills.

For example, a graphic designer may also have extensive (but not necessarily advertised) skills in content marketing, copywriting, and search engine optimisation (SEO). They may also have other areas of deep knowledge not directly relevant like horticulture or carpentry.

Multimodality understanding offers unique insights into problems. A carpenter-slash-marketing guru thinks about a problem far differently than someone who focuses only on marketing fundamentals.

The trouble polymaths run into is that they tend to downplay the depth they bring to the table because the world tells them to specialise. This makes them much harder to find unless you go looking for them.

The value of hiring polymaths

A company is like a machine. It has specialised parts all working together to propel itself forward.

You can think of specialists as the individual parts. They’re the designers, marketers, strategists, and social media coordinators.

Polymaths bring a different kind of value to the team.

We need polymaths in our organisations because they’re mouldable. They can shift and squeeze to fit the corporate structure as it changes shape.

They’re also future-proof — the type of employees that can withstand upcoming changes to the job force (such as artificial intelligence and globalised job markets).

Hiring polymaths is like adding oil to the engine as you prepare to gear down and hit the gas on corporate growth.

Exploring and becoming proficient in a variety of topics gives leaders the tools to lead confidently.

Many of the worlds greatest leaders were polymaths at heart:

Hiring polymaths for your organisation is a good way of propagating potential leaders. You’ll need these people as the company grows larger and you start to look for additional layers of management.

The next phase of human evolution is currently gestating in the laboratories of SingularityNet, Google, and Facebook.

We’re awaiting the birth of the first generation of artificial intelligence software to enter the workforce.

This may sound like science-fiction, but the future may be closer than you think.

When AI enters the workforce, what roles are they going to fill?

Although we can’t know for sure, what’s most likely to happen is that artificial intelligence will replace highly specialized roles.

Current computer learning relies on a specific focus to be of any use.

Googles has an impressive AI that made the rounds in 2016 for being the first computer program to beat master Go Player Ke Jie (Go is a strategic board game often described as “a more strategic version of chess”).

This was a stunning display of technological advancement — but there’s a small detail we need to consider.

The AI that beat Ke Jie at Go only had one purpose in life — to play Go. It didn’t know anything — literally anything else.

This is what the future of AI looks like. Specialised computer programs and networks running complex algorithms on a single problem.

Hiring polymaths and T-shaped individuals allows you to use AI to scale your business even faster. Your polymath employees’ or contractors’ easily evolve to fit around the addition of AI specialists.

How to find polymaths for your organisation

Hiring proficient, diversified polymaths sounds great, but how do we find such people?

It’s actually not as hard as it sounds. Here are a few simple tips to spot the polymath.

1. Look beyond the resume

The resume has always been a key tool in the hiring process to weed out those unfit for the job. The problem, however, is that our obsession over specialisation makes it hard to see through the carefully-crafted resume of job applicants.

Polymaths will rarely refer to themselves as such, and often present themselves as specialists. In order to find them, you need to probe a little deeper during the hiring process.

Ask questions that delve deeper into the interests of the job candidates.

What are their interests? What other forms of education or experience do they have unrelated to the job in focus? Do they have any side hustles or passion projects?

Probe any response you get. Once they start talking about something they’re interested in, the story starts to come out.

A lot of startups these days are using techniques like “lunch and learns” where staff members are given an hour over lunch to educate other members of the company on a topic of their choosing. Anything from Roman history, to herbal medicine manufacturing, is fair game.

Doing this brings polymaths already in your organisation to the surface. It helps you promotes a culture of polymathy within your company.

3. Let your recruiter find them for you

One of the major benefits of hiring through an agency is that they focus on getting to know the candidates in the broadest sense possible. They investigate all strengths and weaknesses and dig deeper to understand the weight a particular applicant brings to the table.

If hiring polymaths is something you want to explore, make sure you mention this to your recruiter. They’ll be able to give you an added layer of insight into the candidates that fit the bill. 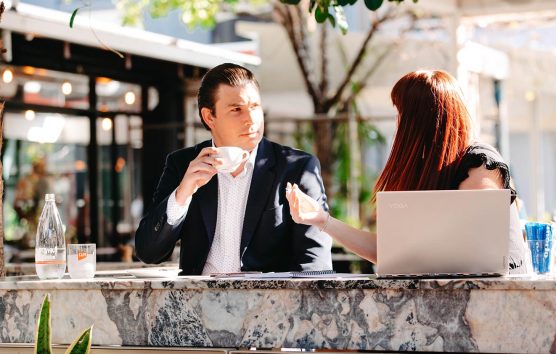 Building and maintaining positive working relationships is important regardless of the industry or the position you hold. You never know when someone can provide a helping hand or have a positive and productive influence on your work day.

How to achieve work-life balance

In this article we reflect on what priorities may look like — they will change depending on your lifestyle and your stage in life — and I’ll share some insights on how you can go about achieving the work-life balance that suits you. 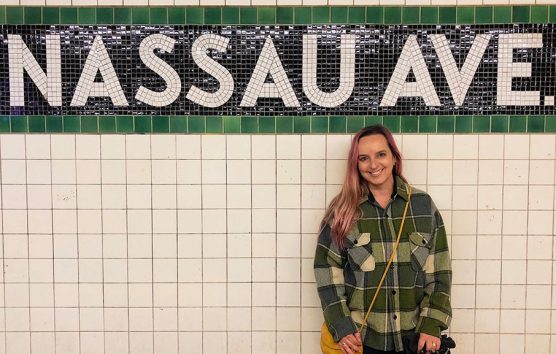 Arcadis Energy & Resources Team Secretary Michelle Riding embraces the flexibility her workplace provides and enjoys the fast-pace of her role & industry. Arcadis have a passion for improving quality of life, and the supportive nature of the organisation has been pivotal to their success throughout the pandemic